Ever since I was 13 years old, I had a vision, a dream, a goal: To build a community, which like those of Medieval Europe, revolved around The Church. I envisioned a community with The Church at its very heart, the life of the community flowed from The Church. People would live & work around and within The Church, & be inspired to never desire or wish to leave The Church’s grounds, to be born there, to live & work there, to read a book, dance & sing there, to paint & write there, to attend school there, to get married there, to have children there, & to eventually be buried within those hallowed grounds. Isn’t that a beautiful sight, to spend one’s whole life within The Church?

Over the years, I have pondered over the best way to implement this, & drawn up many different designs. A community such as this could be implemented any number of ways, be it like the medieval communities, or like the monasteries & nunneries, the Catholic universities, or some other way; All of these approaches are beautiful & can be done today.

Within the past decade, I have realized a way which would be the easiest, most compact with the most functions, & the most affordable for me: I call it “Mi Casa Es Su Casa”, My House Is Your House. It will be apartments, a library, a concert venue, a theatre, a workshop, a print-shop, a community kitchen, a community cupboard, a community closet, a homeless shelter, a community garden, greenhouse, & more. This all can be contained within one, relatively small, building, & can be built almost dirt-cheap.

By studying architecture throughout human history, & how modern day sustainable architects are reusing those ancient designs & techniques; I have designed a floorplan for one building, no bigger than Sacred Heart Parish, which can be made for less than the cost of a standard brand new home, will last for hundreds, if not thousands, of years, and which will be able to permanently house at least 32 people & be open to the community for all of those things listed above.

The place can be built at such low cost by using ancient, tried & true building materials which come naturally from the very land the building is build on, as well as through recycling or upcycling that which most people consider to be junk and trash. One ancient building style which has lasted for thousands of years, is to build using compressed earth, by digging 6’ or deeper hole in the ground the shape of the building, and then using that dirt to build the walls of the place, compressing it firmly until it is solid, & then stucco it with something like concrete–As can be seen, making your building out of 80% actual dirt from the very ground it is on/in, is dirt cheap. During the World Wars the military used this same design to construct many of their forts, & there are ancient compressed earth buildings which survive to this day. This is a cheap, affordable building method which can be trusted.

The concrete can be made even cheaper by mixing it with large amounts of recycled paper, creating what is called papercrete, which is just as strong as typical concrete, as well as having other beneficial properties.

Then if you had rain collecting cisterns for the water, wind turbines and solar panels for electricity (which yes, would cost money, but the investment would pay itself off overtime), & a leach field for septic, along with the growing of most of the community’s food in the community garden & greenhouse; you have a self-sustaining, affordable place for the community to revolve around.

Now one may ask, “How does this involve The Church though?” & true, such a structure could be built by a purely secular, non-religious community. However, what if we were to integrate this design with the religious life? Like a monastery, nunnery, or medieval village surrounding a Cathedral. What if this design incorporates a church? This is my mission.

I have been inspired by The Houses of Hospitality started by Servant of God Dorothy Day & The Catholic Worker Movement: homeless shelters, intentional communities, & farms where both the less fortunate & the religious inspired live & work, to live out Christ’s teachings of charity, community, & mercy.

God willing, if mine ever gets built, remember that mi casa es su casa, my house is your house; for Christ said we are to shelter, feed, clothe, & care for the least amongst us, for in doing so we are doing it for him.

Wherever you are, inspire your church & community to come together to build a House of Hospitality. 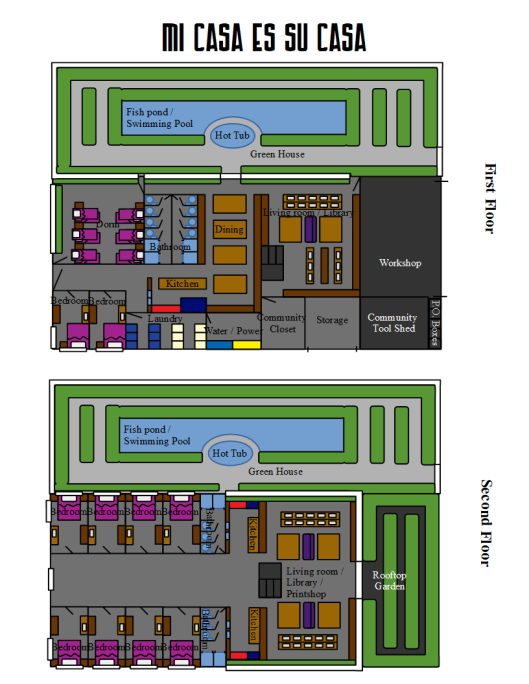 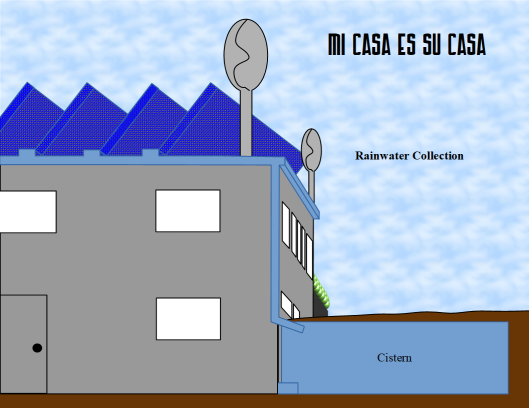